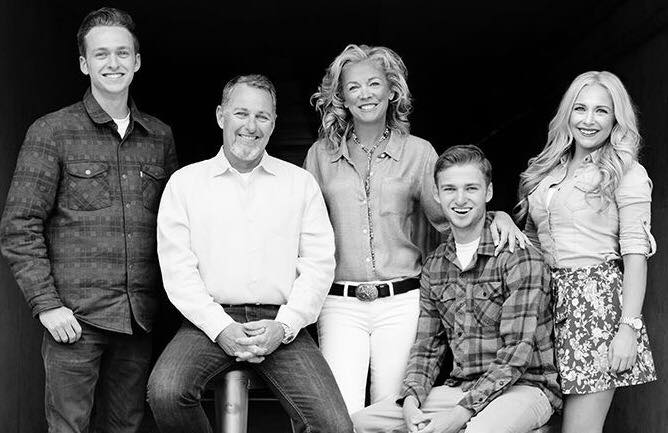 Our family moved from Windermere, FL to Park City, UT in February of 2011. We are the parents of three wonderful adult children Sarah, Alex, and Zachary. Sarah and Alex are graduates of the University of Utah and Zachary is a junior studying medicine/nursing there. Karen is a full time homemaker and Ty is a retired software sales executive.

As you can see Sarah and Alex are very close in age. This was a bigger gift than we realized at the time. As a toddler Sarah seemed to learn to read almost effortlessly. She went off to kindergarten, loved it and thrived. Shortly thereafter, it was Alex’s turn. Karen had noticed during his preschool years that he wasn’t able to attach “names” to letters. It also became obvious he memorized his books rather than read them. While we were concerned about Alex, he was also the same child who at the age of three, could name all the planets, was curious as to why grass was green and how planes fly.  Needless to say, we were baffled because his vocabulary and curiosity indicated a higher I.Q..

Karen would often share her concerns with his teacher and was constantly met with two replies, “He’s a boy,” and “He’s immature and will grow into his own over the year.” Finally, at the end of January we received an “off the record” phone call from his kindergarten teacher. She believed that there was an issue. It seems as though Alex was offering to clean the classroom during reading time. He was reluctant to join in. Increasingly, he was very emotional and did not want to go to school. He loved preschool, so this was new behavior.

Orange County School’s policy was to screen children for learning disabilities during their fourth grade year. Our jaws dropped upon hearing this news. Following their path would mean our son would be met with failure and fall further behind over the next four years. We were blessed that we had the financial resources to test Alex through the private sector. It is a blessing we thank God for every day. His results indicated moderate to severe dyslexia. We immediately enrolled him into a dyslexia intervention program designed to put Alex on the road to academic success. We were able to save Alex’s self-esteem through early intervention, detection and by setting forth all the highly successful people in our society that are gifted with dyslexia. To this day Richard Branson, a famously successful entrepreneur and dyslexic, is Alex’s personal hero.  Had we not had a child so close in age, we’re not sure that Karen would have recognized there was an issue. Had we blindly followed our school district’s policy, his story probably would have a very different outcome.

Our story doesn’t end here. Alex started school at Park City High School during his junior year. We were overwhelmed with the level of attention and support Alex received. The school district was outstanding in every area. The greatest support was provided by Kelly Blace, a teacher at Park City High School, helped Alex organize and develop effective study habits.

During that time Alex met Joseph Morelli. They quickly became best friends and we think it’s fair to say that Kelly, Alex and Joe became a mutual admiration society. Joseph also had severe dyslexia. He had suffered through the trials and tribulations of navigating through 12 years of school and the emotions that go with that experience as he was not diagnosed until high school. Alex and Joe shared a passion for the great outdoors, camping, hiking, girls etc.. Their greatest bond, above all, was dyslexia. While they both were on the road to success, there were certain wounds that only they could relate to. Joe went off to Bozeman Montana to pursue a degree in engineering. Alex decided the University of Utah was the equivalent of out of state to him. They both excelled in college.

On September 6, 2016, we received news that rocked our entire family to the core. Joseph had been killed in a car crash while camping in Yellowstone, doing what he loved to do. As parents we can tell you this was the hardest news we ever had to deliver to any of our children. The first words Alex could mutter was “Joe was the only one who got it. I’m alone now.” He was referring to their common bond – dyslexia.

Our foundation is in memory of a tremendous friendship between two boys that overcame adversity and succeeded when underestimated. Above all, they possess compassion for those who are in need or are suffering. Compassion that can only been had if you, yourself, have struggled and have been marginalized by society.

Alex graduated from The University of Utah in May 2017 with a BS degree in Strategic Communications. He was on the Dean’s List through his entire college career.  Alex accomplished all this without any accommodations and the University was never aware that he was dyslexic. It was important to Alex to decline special accommodations in college. He felt strongly that society would not make accommodations for him as an adult in the workplace. We agreed with him and his academic success is a testament to the benefits of early intervention and his work ethic. We recognize that there are varying degrees of dyslexia and, while this was Alex’s result, academic success without accommodation isn’t always possible.

Alex chooses to honor Joe’s memory by embracing the great outdoors, greeting every day as an opportunity to learn something new and working hard in the vineyards and wine cellars of Napa, California where he is studying to become a vintner.